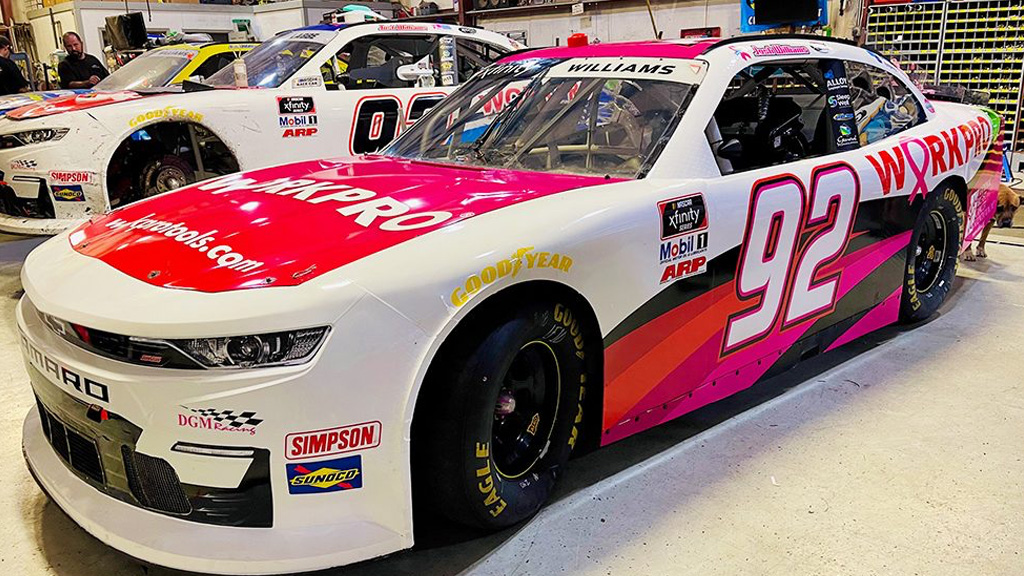 Workers in virtually every garage in every city and town across America have almost certainly been impacted by cancer in one way or another.

WORKPRO® TOOLS will include National Breast Cancer Foundation (NBCF) http://www.nbcf.org/october on a flashy new pink paint scheme to raise awareness for NBCF. WORKPRO® has renewed their partnership with NBCF for a second year and expanded the very popular Pink Tool line. Currently WORKPRO® has a total of 13 different pink tools and sets available on Amazon https://amzn.to/3386KDZ and each purchase results in monetary donation to NBCF.

Josh Williams who will be driving the No.92 hotrod for three races during October had this to say, “I’m thankful for the opportunity to be flying the Pink WORKPRO colors on our 92 Chevy. Working with the NBCF is an honor and what better fit for the pink line of tools the WORKPRO offers to support the foundation.”

NBCF’s mission is to help women now by providing help and inspiring hope to those affected by breast cancer through early detection, education and support services. The NBCF message this year is RISE “Rally in Screening Everyone”. Due to the difficulties the last year brought, people have been putting off their mammograms, so the hope is to bring awareness to this so people make appointments and be proactive.

“We believe the ‘pink’ line of tools sends an incredibly important message for awareness beginning this October during national ‘Breast Cancer Awareness’ Month,” said Li Feng, Senior Vice President of Great Star Industrial USA, acknowledged the importance of his company’s commitment in the helping NBCF in their mission to help and inspire hope to those affected by breast cancer through early detection, education, and support services. SVP Feng went on to say, “Our company stands shoulder-to-shoulder with these workers and everyone who has been stricken by this disease.”